A new subway station in Moscow featuring a number of Chinese design elements will soon become another landmark for Sino-Russian friendship and cooperation.

China Railway Construction Corp has completed construction of the Michurinsky Prospekt station in the southwest of the Russian capital, and it will officially open before the end of the year.

The station and the other two on the southwestern section of the Moscow Metro－Prospekt Vernadskogo and Aminevskaya－stand on the third transfer line of the city's subway system. This route, known as the Great Ring Line, was also built by CRCC, and was the first European subway project designed by a Chinese company.

In tribute to the Chinese constructors and friendship between China and Russia, Chinese-style designs have been adopted for the platform at the new station, including cloud-shaped lamps, red pillars and a suspended ceiling.

The dominant color of the platform design is red, and it also features plum blossom and The Eight Immortals－a group of well-known figures in Chinese folklore and Taoism.

The lamps are decorated with auspicious clouds, while the suspended ceiling is in the form of a Chinese checkerboard. As soon as the design proposal was announced, it won a high degree of acclaim from local governments and design management agencies.

According to the designers, the style adopted for the new station is "unique and consistent", while the overall concept is modern, with geometric patterns and lines forming the main section, and the exterior decorated with colored glass and metal panels.

Photos of the Chinese-style subway platform have appeared on social media platforms, and Russians are eager to see the new station for themselves. Instagram users and social media broadcasters have even created groups to visit the facility after it opens to the public.

Chen Zhuang, a manager at CRCC Rus, took part in the design process as well as communicating with the project owner and the authorities about plans.

He said design and aesthetic standards in China and Russia differ greatly, as Russia has largely inherited those of the former Soviet Union, but China's design philosophy is based more on traditional elements.

▲ Work is carried out at the construction site for Michurinsky Prospekt station. REN QI/CHINADAILY


"Russia, mainly using standards from the Soviet era, gives more consideration to practicality and protection in its underground design work, and uses a sharper line of design. China, on the other hand, insists that the design is practical, economic, attractive and adopts a green philosophy," Chen said.

Combining the different standards of the two countries was one of the toughest tasks for designers each day, Chen added.

For example, he cited the plan for Aminevskaya station. Chinese designers initially recommended that it feature a glass ceiling, enabling passengers to see the sky from the platform. This proposal was agreed by the Moscow government, but had to be abandoned, as it failed to meet anti-terrorism and air defense security requirements.

Chen said reaching a decision on the final design for Michurinsky Prospekt station was a long process involving close coordination among various professions.

"The Chinese-style platform is just a small part of the design, and we had to do more work and communicate further on the subway structure, utilities, metro systems, and other functions in underground construction," he said.

▲ Chinese workers celebrate completion of the first tunnel, one of nine on the Moscow Metro's third transfer line, in April 2019. REN QI/CHINA DAILY


The plan was finally settled after 19 months, and most of the experts involved expect the long-term positive impact of the design to benefit Sino-Russian relations and friendship.

The new station, along with others in southwest Moscow, is located in a residential area with nearly 340,000 residents.

Moscow's third transfer line is 5.34 kilometers long and there are three stations and nine tunnels.

In 2019, CRCC took part in constructing the Bely Rast Logistics Terminal and Logistics Center some 30 kilometers from Moscow. It was the first large-scale logistics infrastructure project to result from coordination between the Belt and Road Initiative and the Eurasian Economic Union.

After years of preparatory work, CRCC has taken part in a range of construction projects in Russia, including acting as a design consultant, building railways and expressways.

Kong said the southwestern section of the Moscow Metro is the most complicated on the network, and construction work was difficult. It was also the first time a foreign company had been involved in design and building work on the metro system.

"There was intense competition for the bid, and we quickly had to show our ability in metro construction and design, as the local government was discussing the plans," he added. After winning the preliminary design project contract, CRCC launched efforts to land the overall contract.

"We invited delegations from the Russian government, along with the project owner and experts, to visit construction sites in China a number of times," Kong said.

"When they went to the site for Line 8 on the Beijing Subway and saw the machinery being used, these delegations were amazed by the high quality of China's construction and manufacturing work."

▲ One of the Chinese-made shield machines in action at the station. REN QI/CHINA DAILY

Work on building the new line in Moscow was extremely difficult, and there were also issues such as the climate, topography and language differences to contend with. In addition, the COVID-19 pandemic posed a number of threats.

"To meet strong demand for transportation design in Moscow, the complicated application process, as well as requirements for a high standard, our company established a design department," Kong said.

He added that the department sees local standards as the basis for design, regards local engineers as its "design core", and insists on using local experts and consultancy companies as technical support.

▲ Work is carried out at the construction site for Michurinsky Prospekt station. REN QI/CHINA DAILY


In addition to communication between CRCC and its Russian partners, extremely low temperatures posed another challenge to subway construction work in Moscow.

Five Chinese-made shield machines more than 6 meters in diameter, and one with an 11-meter diameter, assisted in the joint construction work to ensure safety.

Six machines operated in temperatures below-30 C. Those more than 6 meters in diameter were named Polina, Maria, Daria, Evgenia and Galina, after the daughters in the Russian television production Father's Daughters.

Liu Xing, deputy manager of engineering at CRCC Rus, said that with their high quality and efficiency, Chinese shield machines have won acclaim from the Russian government, and helped boost Chinese manufacturing exports to Europe.

For example, the machine named Polina worked in temperatures below-35 C last winter, successfully cutting through 1.5 km of the most different underground terrain, Liu said, adding that it broke a Russian record by excavating 35 meters of terrain in a day.

The success of Chinese companies in Russia is due to high-quality construction work, highly reliable machinery manufactured in China and conscientious Chinese workers, Kong said.

As the leaders of the two countries have repeatedly said, the Sino-Russian comprehensive strategic partnership of coordination for a new era propels a high level of mutual trust, and bilateral relations between Beijing and Moscow have reached the highest level in history, Kong said.

Since the pandemic emerged last year, the two governments have maintained practical cooperation and continued to support infrastructure projects.

Such projects include the cross-river railway bridge connecting Tongjiang, a city in Heilongjiang province, with the Russian town of Nizhheleninskoye, and expressway construction.

Kong said that against this advantageous backdrop, Chinese companies have received better understanding and trust in Russia. 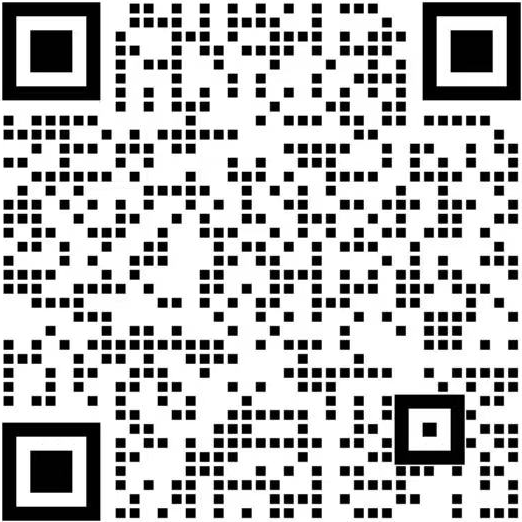